Team Translogistix is committed to serve you with a quality team who will deliver the customer service you deserve and expect. Our service team is one of competence, with a proven track record.

Our goal is to provide 100% customer satisfaction. We employ a management team that boasts over seventy years combined experience in the delivery industry. These are the Translogistix professional staff members you’ll be working with when you partner with us: 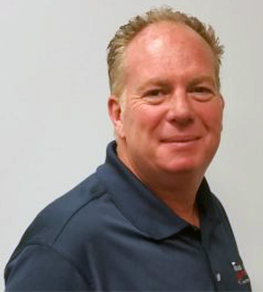 Mr. Lowe is the President and CEO of Translogistix and possesses over thirty five years of extensive experience in the transportation and delivery industry. Mr. Lowe’s extensive industry experience, coupled with a unique understanding of the integration of shipping services, make him an authority on the transportation and delivery needs of the Mid Atlantic area. Mr. Lowe’s background includes many examples of successful business growth and personal achievements. He began his career as a field manager for Falcon Express, a local and regional courier company. Throughout his tenure at Falcon, Mr. Lowe was successful in a variety of mission critical company functions including driver operations, dispatch, sales, and new business development.

Mr. Lowe quickly established himself as a business growth guru. After Falcon Express, in 1990 he became Manager of Operations at Mercury Express, Inc., a regional courier company specializing in same day deliveries. He managed operations and helped grow annual revenue from $450,000 to over $8 million in just two years.

In 1997, Mr. Lowe was hired by Legal Courier, Inc. a regional courier company specializing in same day deliveries within the legal industry. Mr. Lowe served as General Manager and quickly began expanding service types and areas. In 2000 Mr. Lowe received 50% ownership as part of an executive employment agreement, and in 2003 he purchased the remaining 50%. In 2004, Mr. Lowe directed an ‘upgrade’ to the Legal Courier corporate name and brand. The company name was changed from Legal Courier to Translogistix, which more accurately reflected the company’s comprehensive transportation and logistics services developed under Mr. Lowe’s control. Mr. Lowe has served on various trade associations and currently sits on the board of directors of several local corporations. Mr. Lowe attended the University of Maryland and has completed numerous executive seminar courses.